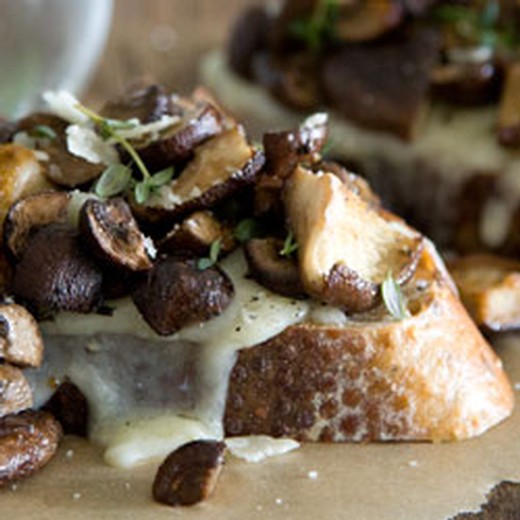 For the Mushroom Stock:

Slice the brie to the approximate size of each crostini. Place one piece of brie on each crostini and top with a tablespoon of mushrooms. The mushrooms and crostini can be prepared ahead of time, and then assembled with the cheese at the last minute. Optionally, bake at 350ºF for 5-6 minutes, until cheese melts.

Wine Pairing: Syrah and Syrafina. These rich mushrooms coupled with the Brie matches the weight and richness of all syrah-based wines, while the earthy mushroom flavors are echoed in the wine.