Considered a noble black grape along with Cabernet Sauvignon and Pinot Noir, Syrah produces serious red wines capable of aging majestically for decades. Syrah renders rich, complex and distinctive wines with pronounced pepper, spice, black cherry, and bacon flavors along with a silky, supple texture and smooth tannins. An incredibly food-friendly wine, Syrah is also very versatile and can be made into rosé, sparkling wine, and Port; although it's highest calling is as a varietal table wine.

Warm climate and Cool Climate Personalities
More than most varietals, Syrah can be grown in a wide range of climates. Differences in the climate, soil quality, as well as the changes in the slope of a Syrah vineyard tend to produce wines of different personalities. In warm climates such as Australia, Syrah often expresses its darker berry, fruitier, softer personality whereas in the cooler climate of France's northern Rhône, its personality exhibits a complexity of minerals, game, leather and pepper. California Syrahs can take on either of those styles, growing in climates ranging from the warmer Napa Valley to the cooler Sonoma Coast. While some aspects of a wine's style can be attributed to winemaking choices, much more has to do with the climate and soil where the grapes are grown.

Here at Montemaggiore, our climate falls between the traditional warm and cool climates for Syrah, thus our wines take on the best of both personalities. While Dry Creek Valley is a moderately warm region, our elevation and exposure puts us in a cooler region—the redwoods surrounding our vineyards are the most obvious indication. Montemaggiore wines tend to lead with the warm climate flavors of blackberry and chocolate, while our underpinnings show lots of pepper and spice typically found in a cool climate. Over time in your cellar, the fruit in our Syrah will in general recede and evolve in complexity into more savory notes such as leather and truffle.

Separating Fact from Fiction
According to rumor, the Syrah grape originated from the city of Shiraz in ancient Persia, known for its high quality wine as early as 600B.C. The Romans supposedly brought vine cuttings when they established themselves at Vienne, in the northern Rhône Valley circa 120 B.C. Alas, like most rumors this one was proven false. Through DNA analysis in 2001, Carole Meredith of UC Davis and Jean-Michel Boursiquot of France established that Syrah is the offspring of two obscure French grapes, Dureza (native to the Ardèche) and Mondeuse Blanche (a white grape native to the Savoie), neither of which is cultivated much today. With two French parents with no record of cultivation outside of France, it is clear that Syrah is indigenous to France.

As if the complexity of wines and producers around the world were not enough, the proliferation of Syrah-like names adds to the confusion. Just to clarify:

Shiraz
The name for Syrah in Australia. Syrah and Shiraz are the same varietal.
Petit Sirah
A name used in North and South America most commonly for Durif vines. Durif is a cross with a true Syrah and Peloursin, an obscure French vine. To confuse matters further, geneticists have also found the Petit Sirah name has been applied to three other types of vines (albeit less commonly): true Syrah of the Rhône, Peloursin, and a Peloursin x Durif cross.
Petite Syrah, Grosse Syrah
Many winegrowers in France distinguish between a small-berried superior version of Syrah (Petite Syrah) and a larger berried Syrah with a lower concentration of flavors (Grosse Syrah). Scientists reject the distinction. And please don't confuse Petite Syrah with Petit Sirah!

A varietal grown 'round the world
Many wine-producing regions around the world grow Syrah, most notably the Rhône Valley in France, California in the United States, and the Barossa Valley in Australia. The original and most renown Syrah is France's Hermitage. In the Northern Rhône, Hermitage along with its neighbors Cornas and Côte-Rôtie produces a varietal Syrah which is rarely blended (although sometimes with a bit of Viognier). In the Southern Rhône, Syrah is primarily used as a blending grape with Grenache and Mourvedre in such wines as Châteauneuf-du-Pape, Gigondas and Côtes du Rhône. Not only is Syrah the backbone for all Rhône wines, but in 18th and 19th centuries it was added to certain Bordeaux wines in difficult years to improve their color and tannin structure (hence these wines were known as being "Hermitaged").

In the United States, Syrah is grown most prolifically in California, notably in Sonoma County and the Central Coast. While Syrah arrived in California in the late 1800's, it was relatively scarce even as recently as the early 1990s. As California winemakers recognized its potential, the acreage has increased and now Syrah is the most widely planted Rhône varietal. In exceptionally warm regions, such as parts of Napa, Syrah is often blended with other Rhône varieties. In cooler areas, primarily coastal or mountainous ones such as Montemaggiore in Dry Creek Valley, Syrah produces varietal-based wines that can stand on their own.

Known as Shiraz down under, Syrah is Australia's most popular red grape (~40% of red wine produced there). It's most famous rendition is Penfolds Grange (where it is typically blended with a touch of Cabernet Sauvignon), while it's most highly regarded sources come from the south Australia regions of Barossa Valley, McLaren Vale and the Clare Valley. Arguably, Syrah owes its recent dramatic rise in world prominence to its incredible popularity and success in Australian vineyards.

Our estate Syrah exudes both the fruit of a warm climate and the savory complexity of a cool climate.Lise 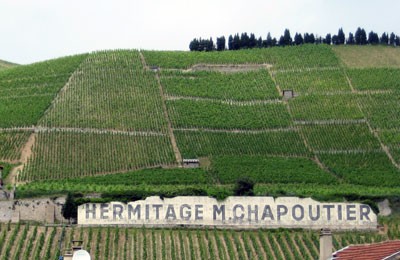 Learn about it's similarities with Syrah in Healdsburg. 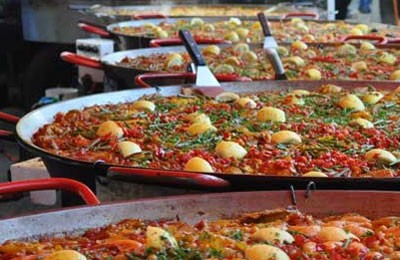 Explore delicious recipes that pair perfectly with our wines. 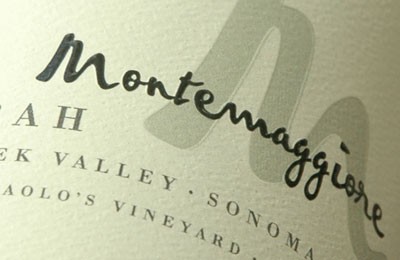